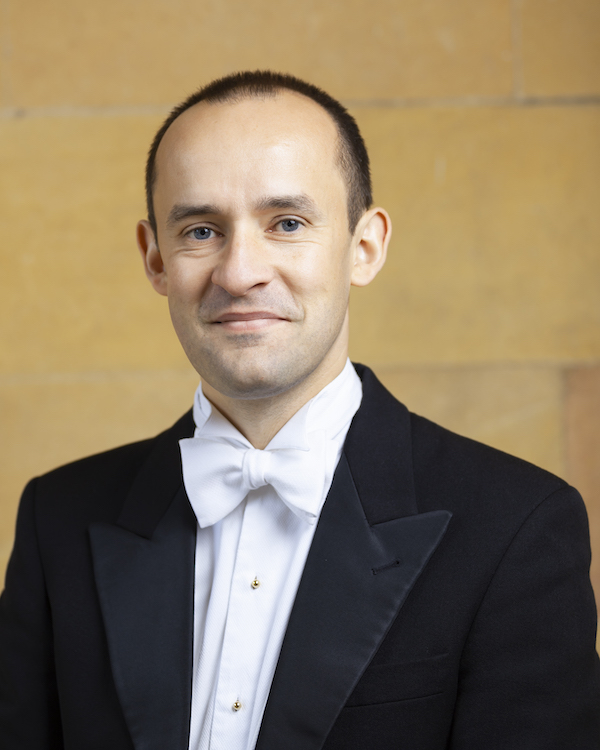 Graham Ross has established an exceptional reputation as a sought-after conductor and composer of a very broad range of repertoire. His performances around the world and his extensive discography have earned consistently high international praise, including a Diapason d’Or, Le Choix de France Musique and a Gramophone Award nomination. As a guest conductor he has worked with Aalborg Symfoniorkester, Australian Chamber Orchestra, Aurora Orchestra, European Union Baroque Orchestra, Orchestra of the Age of Enlightenment, Royal College of Music Symphony Orchestra, and Salomon Orchestra, making his debuts in recent seasons with the BBC Concert Orchestra, BBC Singers, DR Vokal Ensemblet (Danish National Vocal Ensemble), London Mozart Players, London Philharmonic Orchestra and Malaysian Philharmonic Orchestra. He is co-founder and Principal Conductor of The Dmitri Ensemble, and, since 2010, Fellow and Director of Music at Clare College, Cambridge, where he directs the internationally-renown Choir. Highlights in the 2019/20 season include concerts with the Choir of Clare College in Shanghai, Hong Kong, Macau, the Netherlands, Germany, and across the UK, and return engagements to BBC Singers, Aalborg Symfoniorkester and DR Vokal Ensemblet.

In recent seasons Graham Ross’s work has taken him to Sydney Opera House, Hong Kong, Malaysia, Singapore and across the USA, Canada and Europe. At the age of 25 he made his BBC Proms and Glyndebourne debuts, with other opera work taking him to Jerusalem, London, Aldeburgh and Provence. A passionate believer in the unveiling of both unjustly-neglected and newly-written works, he has conducted and recorded world premières of a wide spectrum of composers, including James MacMillan, Judith Bingham, Giles Swayne, Vaughan Williams, Imogen Holst, Lydia Kakabadse, Nico Muhly, Jocelyn Pook, Brett Dean and Matthew Martin. He has conducted more than twenty albums, and since 2011 has recorded exclusively for Harmonia Mundi, including a highly-acclaimed series of music for the church year. His latest album of music by Arvo Pärt is due for release in 2020.

As a composer commissions have included BBC Concert Orchestra, City of London Sinfonia, National Youth Choir of Great Britain, O Duo, Park Lane Group, The Prince Consort, Solstice Quartet and the Wigmore Hall. As an animateur and through outreach work he has conducted projects in Tower Hamlets, Wigmore Hall, English National Opera and Glyndebourne Festival Opera, and overseas in Nigeria, Palestine, across Europe and the USA. He is Artistic Director of Fringe in the Fen, a music and arts festival in Fenstanton, Cambridgeshire raising funds for Macmillan Cancer Support, and director of Singers Abroad, running annual courses for singers of all ages.