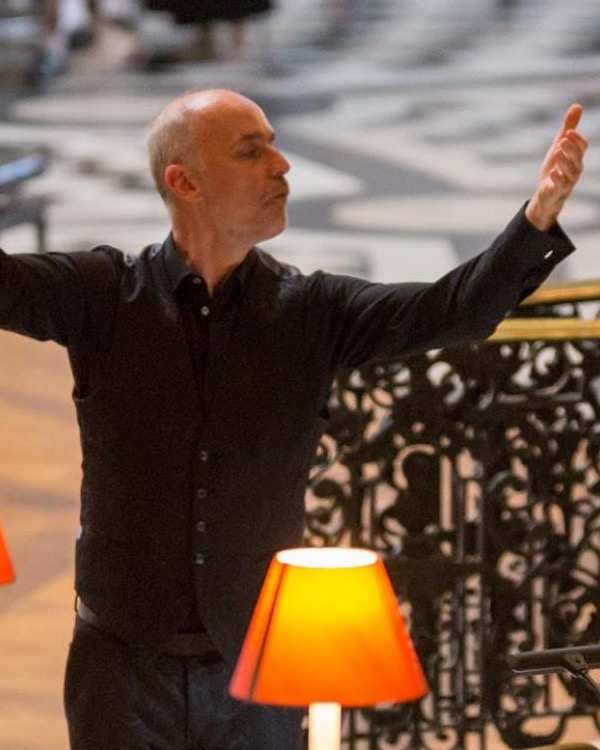 Patrick Craig is a countertenor and conductor. He is a Vicar Choral at St Paul’s Cathedral and over twenty years sang more than a thousand concerts with the Tallis Scholars.  He is a member of The Cardinall’s Musick who won the Gramophone Record of the Year award in 2010.

Patrick Craig began conducting as Organ Scholar at Selwyn College, Cambridge.  He went on to found Aurora Nova, the first all-female professional choir to lead Sunday worship at St Paul’s Cathedral.  He led them on their first tour of USA, and also conducted the City of London Sinfonia in a series of Orchestral Masses at St Paul’s.

In 2016 Patrick became the Musical Director of the Temenos Chamber Choir in Sevenoaks.  In March 2018 he conducted his first Bach B minor Mass with them.  Other conducting opportunities have included guest conducting The Cardinall’s Musick at the Lichfield, Brinkburn, Brighton and Aldeburgh Festivals, and the Tallis Scholars at the BBC Proms.  He is also Guest Conductor of the Cecilia Consort, with whom he has led performances of Poulenc’s Gloria and Purcell’s Dido and Aeneas.

Patrick has also taught and directed on Tallis Scholar Summer Schools  in the UK, Spain, USA and Australia, and regularly leads singing workshops across the United Kingdom and Europe for amateur singers, focusing especially on Renaissance polyphony and its cultural and historical contexts. (2019)